Is an American action movie actor, producer, writer, director, martial artist and singer-songwriter. He belongs to a generation of movie action hero actors (including Sylvester Stallone, Arnold Schwarzenegger, Dolph Lundgren, Jean-Claude Van Damme, and Bruce Willis) who were featured in many of the Hollywood blockbuster action films of the late 1980s and 1990s.

It was at the age of seven that Seagal first began studying the martial arts under the direction of renowned Shito-ryu karate master Fumio Demura and Aikido under Rod Kobayashi, the President of the Western States Aikido Federation. He earned belts in Aikido, Karate, Judo, and Kendo and in his late teens, Seagal became part of Demura’s Karate Demonstration Team and performed daily demonstrations in the former Japanese Village and Deer Park, in Southern California. In 1974, he was promoted by Kobayashi-sensei to shodan in Shin Shin Toitsu Aikido (a fact disputed by ex-wife Miyako Fujitani).

After graduating from Orange Coast College in Costa Mesa, California, Seagal moved to Japan with then-girlfriend Miyako Fujitani, native of Japan whom he later married, and lived with her parents, who owned an aikido school. During this time in Japan, Seagal changed affiliation from Koichi Tohei’s Ki Society and Shin Shin Toitsu Aikido to the Aikikai. Under the title Master Take Shigemichi, Seagal was reputedly the first foreigner ever to own and operate an Aikido dojo in Japan (though his in-laws, and not himself, were the actual owners): the Aikido Tenshin Dojo in the city of Osaka.

Seagal initially returned to Taos, New Mexico, with senior student, and later stuntman, Craig Dunn. There, they opened a dojo, but Seagal spent much of his time pursuing a film career and other ventures. Dunn stayed in New Mexico and currently still runs the dojo. After another period in Japan, he returned to the U.S. with senior student Haruo Matsuoka in 1983. They opened an Aikido dojo, initially in Burbank, California, but later moved it to the city of West Hollywood. Seagal left Matsuoka in charge of the dojo, which he ran until the two parted in 1997. It was during that period that Seagal first found himself in contact with Hollywood. Initially, he worked as the martial arts co-ordinator for the films The Challenge (1982) starring Scott Glenn and Toshirô Mifune, and Never Say Never Again (1983) starring Sean Connery.

Seagal then became a bodyguard to celebrities, such as future wife Kelly Le Brock and Hollywood agent Michael Ovitz. It was Ovitz who, impressed with Seagal’s martial arts abilities, personally financed his screen test in front of Warner Bros. executives, they, too, were impressed, and signed Seagal for his first film Above the Law . Since then, Seagal has become a well recognised action star, mainly due to his films in the 1990s such as Under Siege (1992) and Under Siege 2 (1995) where he played Navy Seals counter-terrorist expert Casey Ryback. He made directorial debut with On Deadly Ground (1994) in which he starred with Michael Caine. The movie failed with audiences and critics, and was an estimated financial loss of $50 million to make, while grossing less than $39 million in the U.S.

However, in total his movies have earned in excess of $850 million worldwide.

Seagal is a great admirer of Tesla coils and has even collected a few. Seagal has donated three Tesla coils to California state universities.

He is also a recording artist and guitarist and the founder of Steven Seagal Enterprises. In addition to his professional achievements, he is also known as an environmentalist, an animal rights activist and, like other actors such as Richard Gere, is a supporter of Tenzin Gyatso the 14th Dalai Lama and the cause of Tibetan independence. Spiritualism and Buddhism play an important role in Seagal’s life and he has been recognised by Tibetan lama Penor Rinpoche as a reincarnated Tulku (Chungdrag Dorje). 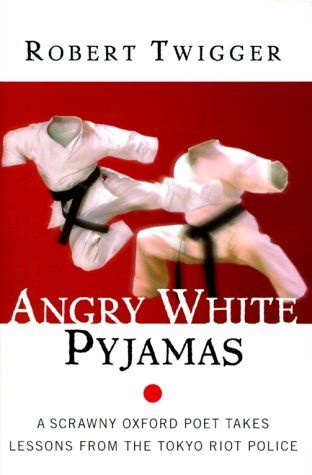 Angry White Pyjamas
Books
by Robert Twigger320 pages The book is set in Tokyo in the mid-1990s. Twigger is living with two friends in a tiny apartment near central Tokyo. They all decide to enrol at the Yoshinkan Hombu Dojo in...
Read More
Riding the storm of life
Life
I came across this article and wanted to share it as I thought the author made some good points. We do not have to go to the foot of the Himalayas to attain inner peace. We also do not need to renounc...
Read More

Escrima sticks
Weapons
Kali, Escrima, and Arnis are the terms for the fighting arts of the Philippines. Kali is a South Term, Escrima more Central, and Arnis is from the North. Kali Fighting Sticks - Arnis Sticks - are made...
Read More