Was the first master (sifu) to teach the Chinese martial art of Wing Chun openly. He had several students who later became martial arts teachers in their own right, including Bruce Lee.

Yip Man was the last Wing Chun student of Chan Wah-shun when he was 70 years old. He was the second son of a very wealthy family in Foshan, Guangdong, and received an exceptional traditional Chinese education.

When Yip Man was thirteen years old he started learning Wing Chun. Because of his sifu’s old age, he learned most of his lessons from his second sihing Ng Chung-sok. After three years Chan Wah-shun died, but one of his dying wishes was to ask Ng to continue with Yip’s training.

At age sixteen, Man went to attend school at St. Stephen’s College in Hong Kong, which was an upmarket secondary school for wealthy families and foreigners who lived in Hong Kong.

According to one story, one day one of his classmates challenged him to try his martial arts skill with an older man. The man who Yip Man competed against beat him with a few strikes. It turned out that the old man was his sibak Leung Bik, son of his sigung. After that encounter, he continued to learn from Leung Bik. At age 24, Yip Man returned to Foshan, and his Wing Chun skills had improved tremendously while he had been away. His fellow students believed he learned a different kind of martial art and treated him as a traitor to Wing Chun.

In Foshan, he didn’t formally run a Wing Chun school, but taught Wing Chun to several children of his friends and relatives. Amongst those informal students, Chow Kwong-yue, Kwok Fu, Lun Kai, Chan Chi-sun and Lui Ying were the most well known. Chow Kwong-yue was said to be the best student among his group of pupils, but he eventually went into commerce and dropped out of martial art all together. Kwok Fu and Lun Kai went on to teach students of their own and the Wing Chun in the Foshan and Guangdong area was mainly descended from those individuals. Chan Chi-sun died young, and Lui Ying went to Hong Kong; neither of them taking on any students.

During the Japanese occupation of China, Yip Man refused several invitations to train the Japanese troops. Instead, he returned to Hong Kong and opened a martial arts school. When he initially began the school, business was poor because his students typically stayed for only a couple of months before leaving. He moved his school to Hoi Tan Street in Sham Shui Po and then to Lee Tat Street in Yau Ma Tei. By that time some of his students were trained to a sufficiently high enough skill level that they were able to start their own schools.

In 1967, Yip Man and some of his students established the Hong Kong Wing Chun Athletic Association.

Bruce Lee, Yip Man’s most famous pupil, studied under him from 1954 to 1957. When he retired, many of his students were themselves teaching Wing Chun, including William Cheung, Lo Man Kam (Ip Mans nephew), Moy Yat and his two sons.

In 1972, he suffered from throat cancer and subsequently died on December 2 of that year. As a fitting obituary for the man, within the three decades of his career in Hong Kong, he established a training system for Wing Chun that eventually spread across the world. 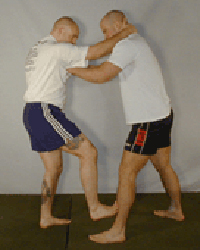 Low-Kicking: Below the Belt?
Kumite and Sparring
By Iain Abernethy In this article we will be looking at the effective use of kicks in live situations. One thing I should probably say at the very onset is that kicking is probably the least effective...
Read More

Bokken
Weapons
The bokken or wooden sword The effectiveness of the wooden sword or bokken is demonstrated by Musashi’s famous fight against his father's murderer Sasaki. Musashi knew that Sasaki used a very long str...
Read More 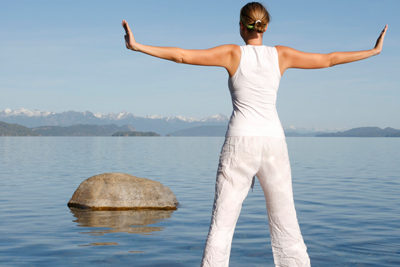