Taking all passengers and crew hostage, the group, the pro-Khomeini New World Revolutionary Organization, led by Abdul Rifi (Robert Forster) and Mustafa (David Mekenham) , forces pilot Roger Campbell (Bo Svenson) to fly the plane to Beirut, Lebanon, where they make demands to the United States government that, if not met, will result in the death of the hostages

As a compromise, the terrorists release the women and children passengers. The remaining hostages are transported to a militant controlled area of Beirut. Using a sympathetic Greek Orthodox Priest, Israeli Army Intelligence prepares an operation to free the hostages.

Successfully infiltrating the terrorist compound, they kill the terrorists, rescue the hostages, and flee to the safety of Israel on the ATW jetliner, before returning to the U.S on a C-130 transport plane 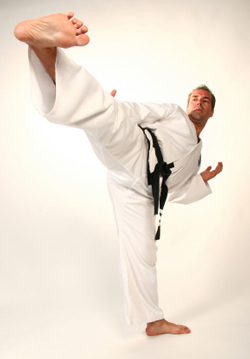 Escrima sticks
Weapons
Kali, Escrima, and Arnis are the terms for the fighting arts of the Philippines. Kali is a South Term, Escrima more Central, and Arnis is from the North. Kali Fighting Sticks - Arnis Sticks - are made...
Read More
Taiso, Warm-up and Calisthenics
Fitness and Exercise
Most karate students will know that class begins from the moment they step across the threshold of the dojo door on the way in and does not end until they step across again on the way out. Arguably, t...
Read More