What range do you fight at? and what are your advantages and disadvantages?

Jory
Wednesday, 12 October 2011
7 Replies
11.4K Visits
1
Votes
Undo
Subscribe
Every style favors a particular range.
And every person has their range preference also.
I prefer to stay out a persons striking range until they over step themselves then hit vital points with accuracy and control in a single movement. This means never throwing a punch I know wont land and being in tune to my opponents movements. However I tend not to follow up which leaves me open to counter attack if my strike fails. And also makes me a defensive fighter making it easy for those more skilled to dictate the tempo of the fight.
So how do you fight?
Tweet
There are no comments made for this post yet
Newest First 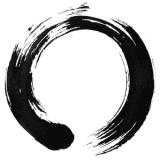 Shane Clapson
more than a month ago
·
#30
Accepted Answer
2
Votes
Undo
I also consider myself a defensive fighter, however, having said that I am trying to learn KEN NO SEN - Seizing the initiative (to move in quick and strong, attacking first before opponent is ready) and SEN NO SEN - Attacking at the exact moment as the opponent to seize the initiative. Involves a simultaneous block and strike (performed in one count). Other strategies include: Courtesy of SEKU .

yeah I find it tricky to do the attacking the attack thing outside of paired practices but I think its a matter of intent. In sparring people don't really want to knock you head off so the movement is faster.
There are no comments made for this post yet 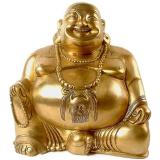 Big Boss
more than a month ago
·
#57
0
Votes
Undo
I always liked boxing range and kicking range myself because I have long limbs. Always had fast kicks becuase of korean training and getting fast hands now from kung fu training
There are no comments made for this post yet 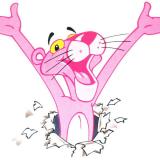 Sensei Frank
more than a month ago
·
#48
1
Votes
Undo
Depends what you're fighting for I guess; competition medals, street survival, or simply to prove that you're the roughest, toughest, meanest fighter in your dojo. From a karate perspective, if it were in a regulated environment (i.e. with rules), I wouldn't want to get anywhere near a floor fighter because we don't train to fight there. Karate is not a complete system in and of itself. For a striking art like karate to be effective against a grappler, it would require a well-aimed strike before you get taken down to the floor. As I'm getting older, this is the kind of distance I am beginning to favour: “Remember what Gichin Funakoshi said ... Karate ni sente nashi ... there is no first attack in karate. Understand this concept, mentally as well as technically. You must do everything possible so that the opponent understands it is better for him not to attack. This is the true meaning of the saying Karate ni sente nashi, that the opponent does not begin attacking and so there is no fight.” Taiji Kase Sensei (1929 – 2004)

This is an excellent article concerning ground fighting and karate:
http://www.iainabernethy.co.uk/article/karate-ground
There are no comments made for this post yet

Jory
more than a month ago
·
#46
1
Votes
Undo
So we all know we should be able to fight at any range. And I know I can ground fight with the best of them and throw kicks from a distance even weapons play at the longest range. I can do all these things. But if I am honest I will take most fights to fist range and stay there most of the time. Feet planted, hands attacking and defending using wrist locks and knee kicks if I'm able. So I see this as my preffered range.... Reflect on your last three fights... where were you taking it? and what felt comfortable?
There are no comments made for this post yet

David Dumolo
more than a month ago
·
#35
1
Votes
Undo
I feel the same way about ground-fighting. Going to ground is a no-brainer; it is the most tiring form of combat and also if your assailant has friends leaves you open to attack and unable to escape. However a lot of fights do end up on the ground and it is important to have some rudimentary training in ground fighting if you are serious about self-defence.
There are no comments made for this post yet

David Dumolo
more than a month ago
·
#32
0
Votes
Undo
Anyone wanting to use martial arts in a real-life situation must train to fight at all ranges. The range I would use would be partly determined by my opponent for example I would not want to trade punches with a boxer or go to ground with a BJJ exponent. The Krav Maga approach is to burst in. You could start with a kick and then follow up with punches and then use elbow and knee to the groin as you close the distance before finally applying a lock, choke or a take-down. My philosophy is the range that you fail to train for will alway be the weak link in your fighting arsenal.

Yeah we do a similar thing in bujutsu too. However I find that even when I train every range and practice both sides and master every weapon there are just somethings about my personality that tends to make me lean towards some things more then others.
If my honest I hate to ground fight, I can do it and hold my own but rolling around with a sweaty man just isn't my thing.
It's just my nature.

There are no comments made for this post yet

Ryan
more than a month ago
·
#31
0
Votes
Undo
I find that lots of the time the size, "perceived" skill level of my opponent, and duration of the fight dictates what range I will fight at. Against someone of equal ability, size I try to push the fight. First testing their ranged strikes, if their kicks are stronger than me or faster I move to a clinch boxing range. After judging their clinch fighting capabilities it is time to decide if the time to bring the fight to the ground has come. It helps to be comfortable fighting within all ranges of an opponent. Against larger opponents with high skill level my preferred range is within the clinch. Mainly to stay out of the way of head kicks. Plus even if he's bigger than you, a well timed uppercut is gonna hurt him as much as any other guy. That's all for kickboxing and sambo fights though. Going back to traditional Shotokan style fights I like to stay just on the edge of my kicking range, so I can quickly step in and throw a quick spinning hook or sidekick. I'm an agressive fighter overall, I hate when I'm not the one dictating pace.

yeah my teacher always talked about dictating pace.
There are no comments made for this post yet

Shane Clapson
more than a month ago
·
#30
Accepted Answer
2
Votes
Undo
I also consider myself a defensive fighter, however, having said that I am trying to learn KEN NO SEN - Seizing the initiative (to move in quick and strong, attacking first before opponent is ready) and SEN NO SEN - Attacking at the exact moment as the opponent to seize the initiative. Involves a simultaneous block and strike (performed in one count). Other strategies include: Courtesy of SEKU .

Mind and Body
6 posts
Back