What is Traditional Karate?

The title of this article is ‘What is Traditional Karate?’ And that may seem like a strange question for a traditional karateka to ask! But it is my view that we often do not think what ‘traditional’ actually means, and how that impacts upon the art we practice. The dictionary definition of ‘traditional’ is, “adhering to a long established procedure.” To play devil’s advocate for a moment, I’d suggest that the majority of karate practised in this country today is not traditional! My reasoning is that much of today’s karate is not “adhering to a long established procedure” but is in fact only a few decades old.

There can be little doubt that karate does not have the same status it did in the past. To the wider martial arts community, Traditional Karate is often viewed as an out-dated relic and a wholly ineffective system. Karate is often criticised for its lack of realism, its lack of close-range techniques, its preoccupation with “looking good”, its omission of ground work, the unrealistic nature of its sparring, the impracticality of its techniques etc. And I have to admit that in many cases these criticisms are justified! However, it is not ‘Traditional Karate’ that is at fault, but its modern interpretation. The confusing part of all this is that modern karate is often incorrectly labelled as ‘Traditional’! Just to be clear, it is in no way my intention to belittle modern karate, merely to point out that the modern version of karate is nowhere near as effective in real combat as the karate of old.

If we go back to the dictionary definition of ‘traditional’ we can conclude that the longer a particular ‘procedure’ has been adhered to then the more ‘traditional’ it is. So to determine exactly what traditional karate is, we should look at how the art was originally practised.

As you’ll be aware, the people of Okinawa formulated karate in order to protect themselves from assault in a civilian environment (which is why most people start practising the art today). If we examine the older karate texts – e.g. The Bubishi – we can see references to the various aspects of koryu (old school) karate. Also remember that in the past, kata would never be studied without its applications (which is the most common way that kata is practised today). A study of the applications of the katas – which are in effect the DNA of karate – also reveals many aspects of old style karate. The karate of old included the following combative methods in its curriculum; Atemi-Waza (striking techniques), Tegumi (Grappling), Kansetsu-waza (Joint Locks), Jintai Kyusho (Weak points of the human body), Shime-waza (Chokes & Strangles), Nage-waza (Throws & Takedowns) and Ne-Waza (Ground Fighting Techniques). I’d now like to briefly look at each of these aspects in turn. If the karate of today is based upon a “long established procedure” and is hence traditional, we should find that the art is the same today as it was when the first records (texts & katas) were made.

Self-Defence in a Civilian Environment
Old-style karate was for use in self-defence in a civilian environment. For karate to be ‘traditional’ it should also be practiced for self-defence in a civilian environment. However, the vast majority of today’s karate is practised in order to win tournaments in a sporting environment. I’ve written before about the differences between the sporting environment and real fights, and I don’t wish to repeat myself unnecessarily. For now it is sufficient to point out that if your training is predominately focused towards counters against vertical back-fists, hook-kicks etc. which are delivered from ten feet away, then you’re not practising traditional karate. The reason being that you are very unlikely to see those techniques being employed in a civilian self-defence scenario. If you are practising traditional karate then your training will be geared towards defending yourself from a violent and untrained attacker at close range.

Kata Applications
Old-school karate was predominately based upon the application of the techniques within the kata. Today, the applications of the katas are rarely practised and the emphasis is placed upon the kata being pleasing to the eye. And even when the applications are practised it is often in a non-traditional manner. Remember that old-school karate is about self-defence in a civilian environment. The great Choki Motobu – who was one of Okinawa’s most feared fighters – once said, “The techniques of the kata were never developed to be used against a professional fighter, in an arena or on a battlefield.” Hence, when you see bunkai (applications) that begin with the practitioners starting ten feet away from one another, and then attacking with an Oi-Zuki, or any other such ‘martial arts’ technique, you can be positive that the application in question is not traditional. True kata applications work best at close range against an opponent who is not another karateka (see my book “Bunkai-Jutsu” book for more details.)

Atemi-Waza (striking techniques)
Both old and modern karate includes striking techniques. Hence in this regard the karate of today could be thought of as traditional. However, closer examination shows that the striking techniques of the past and those of today are quite different. High kicking is practised today, whereas in the past all kicks were below the waist. In the past, the emphasis was on power, whereas today the emphasis is often placed upon control. In old-style karate all the strikes were aimed at weak points, however, today these weak points are ignored in favour of scoring areas. The skills associated with close range control & manipulating a predictable response (combative use of the ‘withdrawal reflex’) were considered to be a vital part of old-style striking, but today they are rarely taught. The biggest difference, however, has to be that of range. Old-style karate placed a heavy emphasis on close-range strikes, whereas modern karate places a heavy emphasis on long-range strikes. This is again down to the move away from effective combat skills (real fights are invariably close range affairs).

Grappling skills are a must in real combat and they formed a large part of old-style karate. Practice would have included general grappling skills (Tegumi), Joint Locks (Kansetsu-waza), Chokes & Strangles (Shime-waza), Throws & Takedowns (Nage-waza) and Ground Fighting (Ne-Waza). All of which are now totally missing from modern practice. In the book ‘Karate-Do Kyohan’ Gichin Funakoshi (founder of Shotokan) wrote, “…in karate, hitting, thrusting, and kicking are not the only methods, throwing techniques and pressure against joints are included.” A little later he writes, “all these techniques should be studied referring to basic kata.” Grappling was still a regular part of some karate groups even as recently as the 1960’s. In the 1967 book, ‘Karate: Beginner to Black Belt,’ H D Plee (who was one of the pioneers of karate in Europe) wrote, “One must not loose sight of the fact that Karate is “all-in” fighting. Everything is allowed …This is why Karate is based on blows delivered with the hand, the foot, the head or the knee. Equally permissible are stragulations, throwing techniques and locks.” I’d ask you to consider how “permissible” a head-butt, a blow with the knee, a strangle, a throw or a lock would be in the majority of today’s dojo’s? (My guess would be “not very!”). As an aside, it is vital to have an understanding of all of the various aspects of old-style karate if you are to understand your kata. This is because the katas are entirely based on old-style karate. If you do not understand throws, for example, you’ll never see them in the kata. Anyhow, we can see that in the past, karate was a complete system of fighting, but today it is often limited to just long-range strikes. (See the KGM Book & Tapes for more details).

Jintai Kyusho (Weak points of the human body)
In the past, the weak areas of the body were regarded as a vital area of study. However, whilst most of today’s karateka could probably tell you which areas they are prohibited from striking under the rules of modern competition, they would probably struggle to list the weak points of the body. Obviously, it is vital to know where the weak areas of the human body are if the karateka is to be more effective in a real situation (whilst always keeping in mind the fact that being accurate in the mess of a live fight is not as easy as some suggest).

By now it should be fairly apparent that whilst the modern interpretation of karate is found lacking in real situations, traditional karate is a highly effective system, that covers all aspects of fighting, and is very relevant to self-defence today. By studying your katas and practising the art in its entirety – just as they did in the past – you are ensuring that you develop the necessary skills to defend yourself in actual combat. And hence, by definition, you are a Traditional Karateka! So the next time someone tells you that Traditional Karate is an out-dated and ineffective art, ask them exactly what they mean by “Traditional”?

Visit his website www.iainabernethy.com where you can read more articles and purchase copies of Iain's books and dvds. 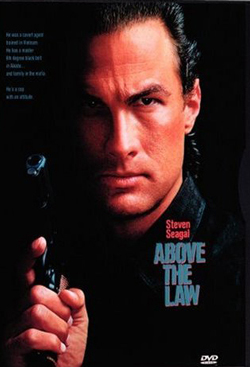 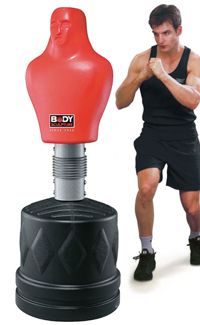 Training With A Sparring Partner Punching Bag
Kumite and Sparring
It isn't always possible to have another person available for sparring whenever you are ready to work out. That is one of the reason sparring bags are necessary. But sometimes, even if another person ...
Read More 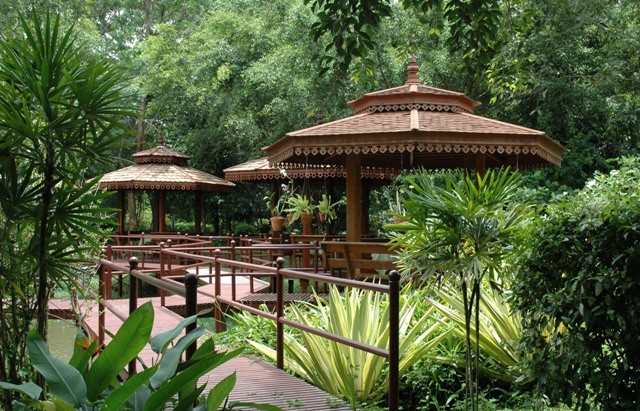