I discovered on a practical level how this focus and stoicism can be used in real life when working as a doorman; where aggressive and abusive dialogue was a frequent occurrence. I quickly found that disgruntled patrons would often look for ways get you to react emotionally. Staying focused on the job and not getting into a tirade showed higher value. This higher value is evident when others react to you rather than you react to them, thus you are the one controlling the frame. Often I would be aware of the nearby threat but I would not even acknowledge it, knowing only that as a martial artist I had the skills to deal with unsolicited violence.

I remember watching a documentary where someone was filming a lion with his pride; the lion was aware of the humans but he would not even give a cursory glance to acknowledge them. It was clear that anybody straying into the vicinity of the pride would be torn limb from limb. However to the lion the human visitor was so irrelevant that he did not want to even acknowledge the human. The editor commented that this was probably why the lion earned the title of king of the beasts.

My aim is to foster this attribute in my students to be the ones in control, the guardians amongst their peers; the alpha males/females. This character is something that can only be fostered through discipline and correct attitude and maturity. Without this discipline and attitude martial arts would simply be a series tricks and gambits like some kind of violent hip-hop dance.

The name of my school is Indomitable Mind Body Combat Academy not Indomitable Body Mind Combat Academy; that is because attitude and what we focus on dictates how we perform as martial artists. I have been fortunate to have been in situations where I was able to see how the skills learned in the training hall can be applied to real life situations. People enrol in my classes eager to learn skills that give them control over their environment. They learn techniques, physical conditioning, drills and patterns but by controlling their emotional state, how they think and how they react is what ultimately leads to success.

Capoeira week two
Martial Arts
Ok so I know I said I would talk about the instruments of capoeira but I have just finished a class where the importance of the songs came up.
Read More
Taiso, Warm-up and Calisthenics
Fitness and Exercise
Most karate students will know that class begins from the moment they step across the threshold of the dojo door on the way in and does not end until they step across again on the way out. Arguably, t...
Read More 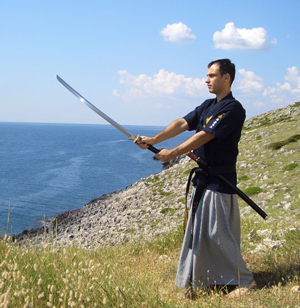 After a hiatus, I am once again teaching martial arts. It has been a while since I put my thoughts, philosophies and insights into a blog. I am once again in that period of limbo when in between jobs I have some time on my hands. At times like this, my mind starts to wander as a deluge of memories and nostalgia comes pouring in.