People making a decision to train in Krav Maga have already won their first victory by making the decision to take control. They have defeated their inner opponent in deciding to invest time and effort in building a more powerful self. This is analogous to the seed that starts to breathe under the soil, expanding and forming roots. The seed pushes through the soil with some struggle as shoots begin to form. In time the stem forms and then the branches and then new buds form.

The young sapling begins to stand stronger as its roots grow deeper. With each season the sapling grows bigger. It changes in girth and height, the roots go deeper, foliage and flowers appear which in turn attracts birds and insects. The buds form into fruit and slowly ripen. It sheds its foliage in the fall and hibernates during winter, then turns green again as the seasons cycle and repeat.

Through consistent training, positive influence, healthy diet and inspiration our growth is steady and organic like that of the tree. When you feel a lack of progress it is a bit like the child you see every day who shows no visible change or growth, but to those that see the child every few months the change is so noticeable that they wonder if it is the same child. Consistency is the key word; we all know that the more we practice the quicker we improve. We also know that if you don’t train regularly your improvements will be slow and there will be a high chance of aborting the journey.

Personally I try to exercise at least moderately every day, having too long a break between training sessions the body will likely start to forget what it has learned. Use the inspiration of any progress and learning to fuel your next step in training. One session may seem insignificant but if you add up all the sessions over a period of a year that’s quite some progress. So practice, practice and practice and don’t worry if it is hard, if it was easy everyone would be proficient in self defence and a successful martial artist.

It is important not only to nourish the body but also the mind. Draw inspiration from role models and surround yourself by positive people, read inspiring books and online content, listen to audio programs and watch DVDs. Information is like food for the brain. Again this is something that needs to be a consistent lifestyle pattern. There are so many positive influences out there; one only has to look to the IKI network of martial artists doing great things globally.

I remember touring the New Zealand’s Northlands and coming across a mighty kauri tree called Tane Mahuta, the largest kauri tree known, predating the time of Christ, which the ancient Maori believed held up the sky. Looking at this magnificent tree I knew that it was growing before my very eyes, but so slowly that it was invisible to the eye. It had an abundance of energy and sustenance; it was constantly drawing energy up through its roots and giving out energy through its leaves. This would be the equivalent of a millionaire businessman or a grandmaster of an organization; who always has abundance; who is always drawing wealth and energy and always putting wealth and energy back. In my quest for personal development and fulfilment I draw my inspiration from the mighty kauri tree, Tane Mahuta.

seminar
Martial Arts
So a genius idea was given to me to give you guys my email so you can email me straight. ukedomaster@gmail.com Also I will be looking at doing something in august, though only one or two people has sa...
Read More 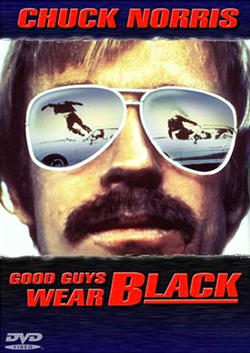 Good Guys Wear Black
Movies
1978 Starring Chuck Norris, Anne Archer Chuck Norris plays John T. Booker, a Vietnam vet who finds out that several of his army buddies lost their lives in a mission that was intended to fail. Seeking...
Read More
Key Points on Demonstrating Kata
Kata and Forms
The following are some key principles to strive for when performing kata, whether in class or in front of a large audience.  There are certainly more aspects to consider, but keeping these in min...
Read More