Listening to Eminem’s “Recovery” CD it dawned on me that the main appeal of Eminem and to a certain extent hip-hop in general is that people from disadvantaged backgrounds, without emotional or family support are able to achieve magnificent things. With people with superior education, talent and ability failing to reach their goals it makes me wonder what does the achieving underdog have which puts him so far ahead. The answer is the will; this is what gives such individuals their personal power.

Success and failure are not overnight phenomena, it about action, it’s about following through and giving 100%. It’s about successfully following through and training at home, making that professional contact and breaking personal limits. Only this afternoon I was on the phone with the operations manager of Armourguard and the ambulance service explaining about Krav Maga and how Indomitable Mind Body Combat Academy is working to create safer community in Rotorua.

For me it is a total pride and joy knowing that I am running a training institute that is 100% my own. For me it’s the Krav Maga approach of having control, tapping the power and making it effortless and instinctive. I feel like a kindred spirit with all those who make the investment in themselves like I did many years ago. Searching for opportunities both within the community and within myself and doing what it takes to succeed; distributing fliers, talking to people, running campaigns and seminars, establishing organizational ties with martial artist both in Israel and the international community.

Some people simply look at me and I could tell that they are thinking: “Who is this Dave? This man who says that he is able to teach me practical hand to hand skills, enhance my fitness and trim my physique whilst at the same time turning my life around?” It is certainly not because I am brilliant, but rather the fact that for the last few years I have made it my focus to see what works in martial arts, the rituals of street attacks, the psychology of confrontation and how to use controlled aggression. I can guarantee that Krav Maga will absolutely transform a person’s ability to handle most common attacks.

Biggest enemy is often the inner opponent nagging at why this is always happening to me? Being an Israeli system, most Jews know that those with this kind of mentality were the ones that perished in Nazi death camps (see my earlier blog “Destiny”).  First thing is defeating the inner opponent who is telling you that training is a waste of time and things like booze, sex and procrastination is more important. In the long run these things are not important, but the benefits of training can dramatically improve your life.

People look upon Bruce Lee, whose JKD system is very similar in concept to Krav Maga, and are awed at how talented he was. The fact of the matter is that he was disadvantaged just like Eminem, he was weak as a child and far from the super athlete everyone knows him as. On top of that Hollywood dismissed his ability relegating him to support roles on the merit that he looked too Chinese!!?? Bruce Lee’s success came down to the simple fact that his philosophy demanded more from him than anybody else could ever possibly expect.

My own philosophy is more of desperation than inspiration. I have lived the life of a vagabond mostly moving from state to state; I have worked many years as security, a bouncer and a martial arts instructor. I made it my mission to study everything from basic combatives, to more esoteric ground fighting, to effective use of weapons including firearms. I believe that the human body can be a very powerful weapon; the power comes from the ability to act and there are several simple and direct ways to neutralize someone. This requires developing the correct mental attitude hence “Indomitable Mind Body Combat Academy”.

Clarity is power; one must be strong mentally, emotionally, socially, spiritually and intellectually. It is about rising above the macho urges to simply fight; my objective is not to fight but simply to neutralize in the fastest possible way. Always train the mind and the body so that you are ready and never afraid to take action. Be flexible; change your approach in accordance to the assailant’s body reaction and the environment. In Krav Maga it’s never about looking good and executing a predetermined sequence of moves like in other styles. Always look for role models to inspire and show you the way to success. Some of my role models are Itay Gil, Grandmaster Imi Sde-Or, Geoff Thompson and Moshe Katz whom I use for inspiration for my seminar work and in keeping a blog. Merry Christmas 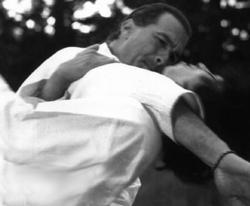 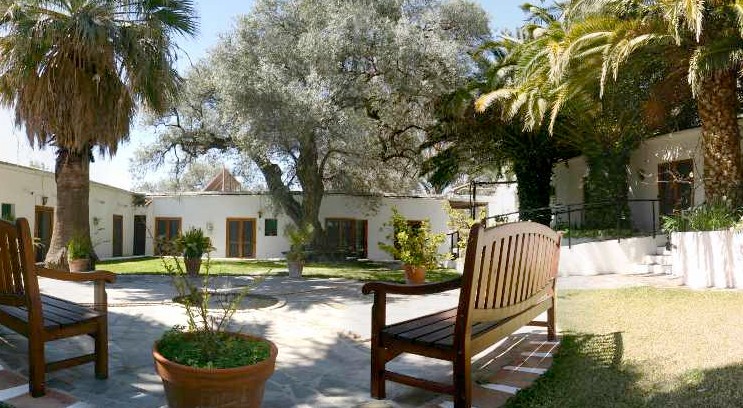 Cortijo Romero
Retreats
Alternative Holiday Centre based in Orgiva, Granada, Spain This is a holiday centre like no other, nestled among spectacular mountains in enclosed gardens. Almost all visitors comment upon its ha...
Read More
Self Belief
Life
I was listening to a great interview recently in which a famous person was speaking about a particular time in their life. This man went through a very traumatic birth in which forceps were used to he...
Read More