Taido is a scientific martial art which has taken the essence of the traditional Japanese martial arts and transformed it into one which can meet the needs of a modern society. In both Japanese print and television media Taido has been recognized as a martial art having “philosophical depth” and “creativity”. It has been deemed as “the martial art of the 21st century”.

Taido is not a martial art where punching or kicking techniques are executed along a one dimensional line. Rather Taido’s techniques are delivered by changing the body axis and balance. It is also characterized by the use of elaborate footwork in changing the angle of attack and by the use of one’s entire body in the martial art. Taido, moreover, is not simply a sport as many forms of karate have become, but also involves a special type of training which re-quires a tremendous amount of self-discipline in terms of spiritual concentration.

The essence of Taido lies not in the techniques of the art itself but in the utilization of the training acquired in Taido for the development and benefit of both self and society. Taido’s techniques are designed with a dual purpose in mind. Not only are they used for one’s personal defense but they play an important role in keeping one’s internal organs healthy. Based upon the theories applied in the medical art of acupuncture, Taido has studied the effect of the angle of body movement upon the internal organs. This is realized, in part, through the Hokei, which are systemized routines of techniques and movements. These improve the students’ offensive and defensive techniques while promoting the development of their health. Taido also en-compasses, and emphasizes strongly, the breathing techniques. This is indeed another unique aspect of Taido as compared to other martial arts. 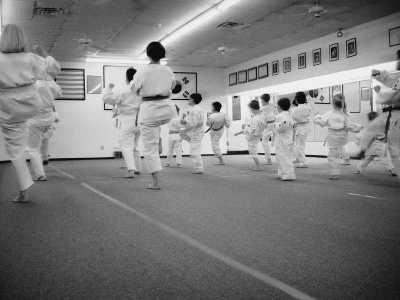 Lesson Planning for Karate Instructors: Four Main Components of an Effective Lesson Plan
Training and Technique
By Paul A. Walker As a karate instructor, you no doubt understand the importance of lesson planning. Developing an effective lesson plan is of vital importance, especially for new instructors. However...
Read More