We'll try to explain this as simply as possible.

Lycopene is a bright red carotenoid pigment and phytochemical which is found in tomatoes, watermelons and other red fruits. Its name is derived from the tomato's species classification, Solanum lycopersicum where "lyco" is Greek for wolf, "persicum" means peach and tomato implies "wolf-peach".

In plants, algae, and other photosynthetic organisms, lycopene is an important intermediate in the biosynthesis of many carotenoids, including beta carotene, responsible for yellow, orange or red pigmentation, photosynthesis, and photo-protection.

Structurally, it is a tetraterpene assembled from eight isoprene units, composed entirely of carbon and hydrogen, and is insoluble in water. Lycopene's eleven conjugated double bonds give it its deep red color and are responsible for its antioxidant activity. Due to its strong color and non-toxicity, lycopene is a useful food coloring.

Lycopene is not an essential nutrient for humans, but is commonly found in the diet, mainly from dishes prepared with tomato sauce. When absorbed from the stomach, lycopene is transported in the blood by various lipoproteins and accumulates in the liver, adrenal glands, and testes.

Fruits and vegetables that are high in lycopene include: tomatoes, watermelon, pink grapefruit, pink guava, papaya, red bell pepper, seabuckthorn, wolfberry (goji, a berry relative of tomato), and rosehip. The lycopene content of tomatoes depends on species and increases as the fruit ripens.

Unlike other fruits and vegetables, where nutritional content such as vitamin C is diminished upon cooking, processing of tomatoes increases the concentration of bioavailable lycopene. Lycopene in tomato paste or processed tomato products such as pasteurised tomato juice, soup, sauce, and ketchup contain the highest concentrations of bioavailable lycopene from tomato based sources. For this reason, tomato sauce is a preferable source as opposed to raw tomatoes.

Cooking and crushing tomatoes (as in the canning process) and serving in oil-rich dishes (such as spaghetti sauce or pizza) greatly increases assimilation from the digestive tract into the bloodstream. Lycopene is fat-soluble, so the oil is said to help absorption.

Given its antioxidant properties, substantial scientific and clinical research has been devoted to a possible correlation between lycopene consumption and general health. Early research suggested some amelioration (combating of) of cardiovascular disease, cancer, diabetes, osteoporosis, and even male infertility.

Outnumbered
Martial Arts
Last night in training we were doing the zombie drill which is a tactical game to prepare the Kravist for multiple attacker situations. Being aggressive and taking the initiative cannot ring more true...
Read More 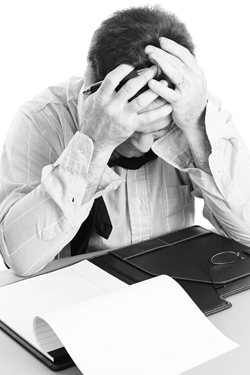 Stress
Mind
Stress describes a person’s physical or emotional response to demands or pressures that they may experience from time to time.  Common sources of stress include work, money, relationships, illness. St...
Read More
Costs of Choosing the Wrong Martial Arts Style
General Interest
A lot of people nowadays are getting into the martial arts and choosing a school without even knowing which style of martial arts the school teaches. Some schools are not totally clear on what their s...
Read More