Six colored belts are used to signify grades in Brazilian Jiu-Jitsu. The belts, in ascending order of grades are: white, blue, purple, brown, black and red. An athlete has to be at least 16 years old to be awarded blue belt. Some academies divide the grading system further into four stages signified by different belt colors - white, yellow, orange and green. Though red is the highest rank in belts, only the Gracie family members, the pioneers in the field of Brazilian Jiu-Jitsu, are known to have advanced to this level.

Most, if not all, Brazilian Jiu-Jitsu athletes aspire to be black belt holders. An athlete has to be at least 18 years old to qualify for black belt. And this is not enough; the athlete has to work hard to get there. Brazilian Jiu-Jitsu athletes are promoted on the basis of their practical knowledge, which is observed during sparring and competitions.

An athlete aiming for black belt has to practice as an athlete and also as a trainer. The level of perfection required rises with the grades. This makes getting a promotion tougher as the grades rise. A black belt aspirant must have knowledge of all the techniques and should master them. He must be a good observer. He must study all techniques and question his trainer about the use of different moves and how can adapt them to his style of fighting. Showing curiosity in the sport can also help the athlete get special attention from the trainer. This can help him learn fast and get an advantage over his peers.

A black belt aspirant has to practice meticulously and also maintain a strict diet. He can even maintain a record of his training hours and diet for better monitoring. He can also maintain a diary to record his improvement in various moves. It will help him record his daily performance, strengths and weaknesses. These records can also help him train his students.

Some Brazilian Jiu-Jitsu academies also consider an athlete's track record before promoting him to a higher grade. A black belt aspirant must follow all the rules and ethics of Brazilian Jiu-Jitsu and avoid doing anything that would invite negative reviews from his trainer. 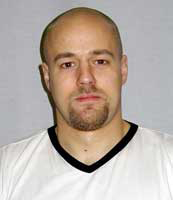 What is Traditional Karate?
General Interest
By Iain Abernethy The title of this article is ‘What is Traditional Karate?’ And that may seem like a strange question for a traditional karateka to ask! But it is my view that we often do not think w...
Read More
What is the JKA
General Interest
A Brief History of the Japan Karate Association Originally, the martial art Te (“Hand”) developed in Okinawa as a system of self-defense. Due to Okinawa’s frequent contact and exchange with China, it ...
Read More
Fun
Martial Arts
October 2nd, 2010 by heretic Haven’t trained all week, at all, can’t count Intuflow in the shower lolol. I’ve had a cold and the end of the quarter is frenetic at my work – man...
Read More