Sri Krishna Pattabhi Jois was born on the full moon day of July, 1915, Guru Purnima day. His ancestral village, Kowshika, near Hassan in Karnataka State, is inhabited by maybe 500 people and has one main street. At one end of the street is a Vishnu temple, just next to Pattabhi Jois’ home. At the far end of the street, just 100 yards away, lies a small Ganapati temple, and just opposite, a Siva temple. Both are several hundreds years old, and are the focus of the village.

Pattabhi Jois’s father was an astrologer and a priest, who acted as the pujari for many of the families in the village. From an early age, as most brahmin boys, Pattabhi Jois was taught the Vedas and Hindu rituals.

When Guruji was 12 years old, he attended a yoga demonstration at his middle school in Hassan. The next day he went to meet the great yogi who had given the demonstration, a man by the name of Sri T. Krishnamacharya, who had learned yoga for nearly eight years from his Guru, Rama Mohan Brahmachari in a cave in Tibet. For the next two years, Guruji learned from his Guru every day. When Guruji turned 14, he had his brahmin thread ceremony. Krishnamacharya left Hassan to travel and teach, and Guruji left his village to go to Mysore.

Kimura was a Japanese judoka (Judo practitioner) who is widely considered one of the greatest judoka of all time. Kimura (5ft 7in 170cm; 85 kg, 187lb) was born on September 10, 1917 in Kumamoto, Japan. 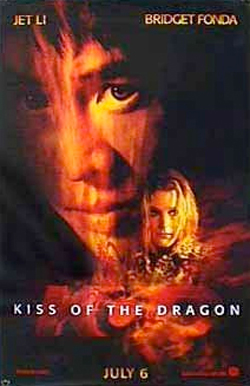 Kiss of the Dragon
Movies
2001 Starring: Jet Li, Bridget Fonda Liu Jian (Jet Li), a police officer from China, comes to Paris to help the vice squad apprehend a Chinese drug lord and his unknown French connection. The French c...
Read More
Year's Parting Shot
Martial Arts
It has been a dynamic year for Indomitable Mind Body Combat Academy with seminars, gradings, media exposure, blogging, organizing course and seminar content and the general running of the school has p...
Read More
Breathing Training for Martial Artists
Breathing
Breathing
One of the most important aspects of martial arts training is proper breathing. However, for practitioners of hard styles, effective breathing methods are often left to the students to figure out on t...
Read More