I am a firm believer in rough military style training as opposed to practicing graceful techniques and striking the air. There is a bottleneck on how many techniques can be used in the split second of an attack and knowing too many moves can actually be a hindrance in self defence. Not many things are as satisfying to an instructor as having a student tell me that her confidence in being able to defend herself has increased tremendously after just a few sessions with me. Just the mindset alone could prevent an attack. Sun Tzu said that to fight and conquer is not supreme excellence but rather supreme excellence is in breaking the enemy’s resistance without having to fight. The point I am making is that awareness of the environment and projected confidence and vitality in the body language will probably prevent an attack. Attackers and bullies are predators, which mean they seek easy targets.
Tweet

Kaizen
Martial Arts
Kaizen is a Japanese word which has no corresponding meaning in English. Basically it means constant never ending improvement. Often people initially are sceptical about my teachings but they do not...
Read More 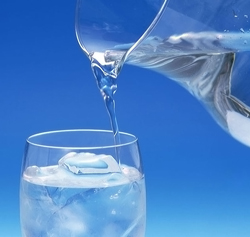 Why drinking water is so Important
Diet and Nutrition
by Michelle Owen, Corrective Holistic Exercise Kinesioligist (C.H.E.K L3) Nutrition and Lifestyle Coach (C.H.E.K N.L.C L2)www.fitness-n-function.co.nz The Human Body is comprised of 70% Water. For exa...
Read More
Breathing Training for Martial Artists
Breathing
Breathing
One of the most important aspects of martial arts training is proper breathing. However, for practitioners of hard styles, effective breathing methods are often left to the students to figure out on t...
Read More