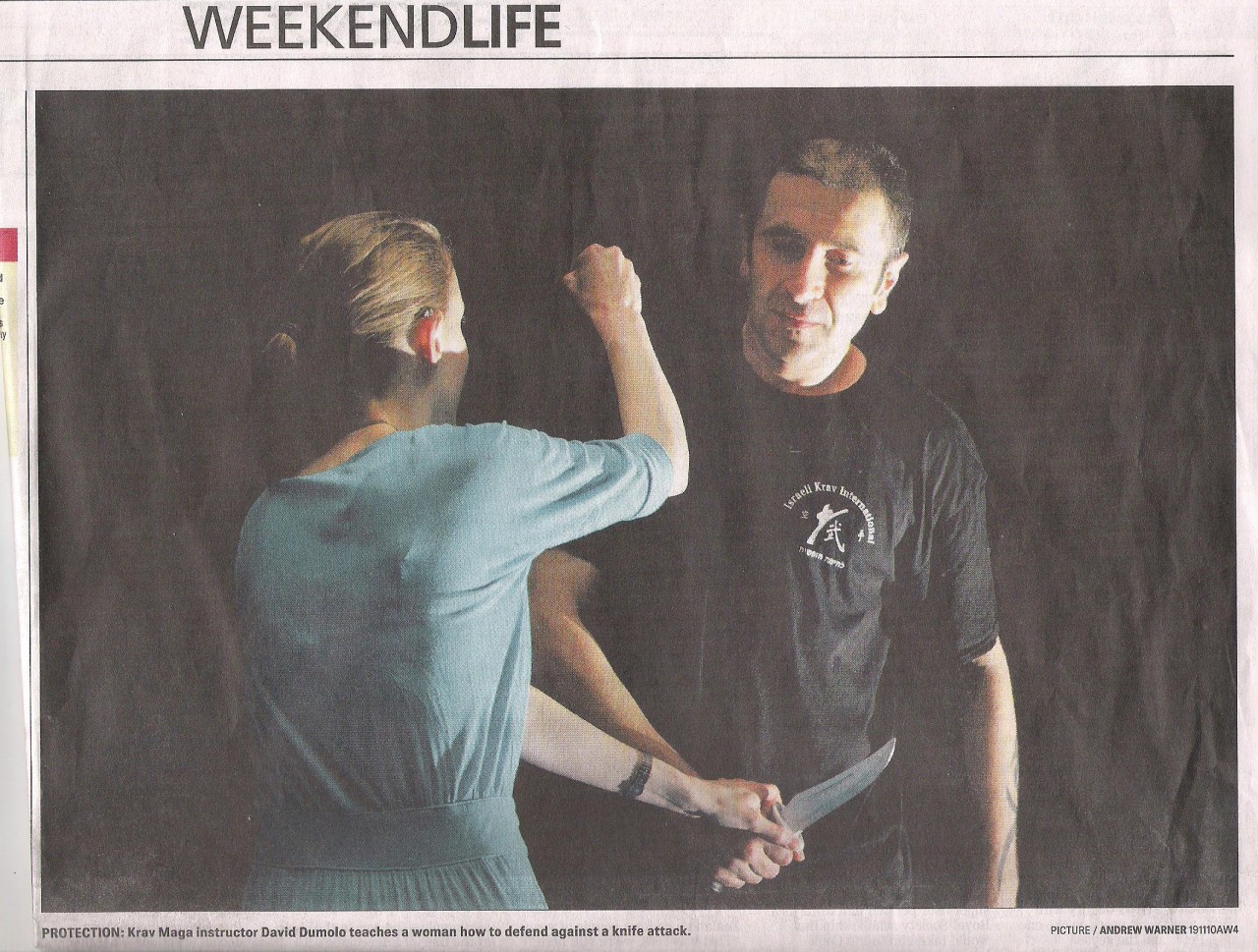 Last weekend I was rather surprised to have a couple of people from Rotorua contacting me to ask about my self-defence classes. One lady was particularly interested in the Women’s Self Defence course that I ran back in 2010; she wanted to allay her fear of violence by learning some practical self-defence skills. I was a bit tickled to hear that people of Rotorua were still talking about my martial arts and self-defence classes and seminars from two years back.

I advised the lady seeing that Indomitable Mind Body Combat Academy no longer operates in Rotorua I would be more than happy to organize some private training if she travelled to Auckland. From the phone conversation I got the feeling that fear of violence was affecting the quality of her life. In my career as an IT consultant I generally do not give much advice over the phone unless I am financially compensated for my valuable time and expertise. However as a martial arts instructor I am always open for a chat and ready to give my time to offer advice. It’s the human element to working with people rather than business enterprises.

Even though disappointed that she would be unable to attend my Krav Maga training I was able to detect less tension and a calmer and more assertive person after a few minutes of conversation and listening to me speak. My advice to the lady was that knowledge and common sense is the best weapon when dealing with violence, of course some good, well-practised techniques never go amiss, but they are secondary skills to knowledge and awareness.  I have seen violence up close working the doors in UK’s busy and often bloody night venues and know how terrifying sudden violence can be. I have put together a self-defence action plan based on my own insight as a Krav Maga instructor.

To cut to the chase street violence can be deadly because you never know what comes next and where it will lead. The best course of action is to use whatever means to end the situation effectively and quickly with the primary objective being to escape. Knowledge is the weapon; know which places to avoid late at night. This may seem obvious but many cities have rough areas very close to the city centre. Nottingham for example has the Meadows, a notoriously criminal and violent area within a stone’s throw from the mainstream bars and clubs of the city; it is not a place I would like to stumble onto tipsily after a night’s festivity in the city.

Be prepared and if something does not feel right at gut level – don’t go there, walk away, and avoid it. Not being in a situation where you have to use Krav Maga training is a better defence than knowing how to use your self-defence skills.  Sensing the danger is the first step in planning a response, know what is involved in the violence, for example what certain things mean, what signals to look for. An attacker could approach casually or follow you, or spring out of nowhere. Take any opportunity to evade or run away. If the attacker follows you to a confined area and you are trapped you need to identify immediately whether there is a weapon involved. Many instructors advice to capitulate with an armed assailant, which is sensible but always bear in mind that in the aftermath of the crime the perpetrator may decide to kill his victim; never let your guard down.

Proactively scan the environment, look around when entering a car, have a habit of walking confidently, street predators observe body language and avoid victims which may look difficult. When entering a new area look around and walk away if the place is isolated or beyond immediate help. Have a partner know what you are up to and where you are. If an attack looks imminent try to talk to the assailant; catch the assailant off guard and disrupt their train of thought.  This may prevent an attack or at the very least may provide a window of opportunity for a pre-emptive strike and escape.

Fear is a normal response to physical danger. It is important not to let that fear take over. If you do have to resort to using you training then you must focus completely not on what your attacker may do to you, but on what you must do to that person. If a defensive response is needed confront the assailant head on, crouch slightly and cover vital targets. Look for openings to strike and never turn your back. When you encounter aggression head on the fear will quickly be replaced with commitment for self-defence.

The basics of the self defence that I teach are to strike, distract, gain control and escape. Be aggressive and do not hesitate, keep the assailant on the defensive, this will also boost your own confidence and power. Be an unpleasant victim, strike to the face immediately. Create shock by striking unexpected vital points, if in a grappling situation use a free hand to pinch, grab and pull. Always look for openings no matter how small. Never believe that your attacker could dominate you. If your arms are pinned, use the head to butt and bite. Krav Maga is very a logical self-defence method; we believe there are always ways to get out if you look for them. Happy New Year and stay safe! 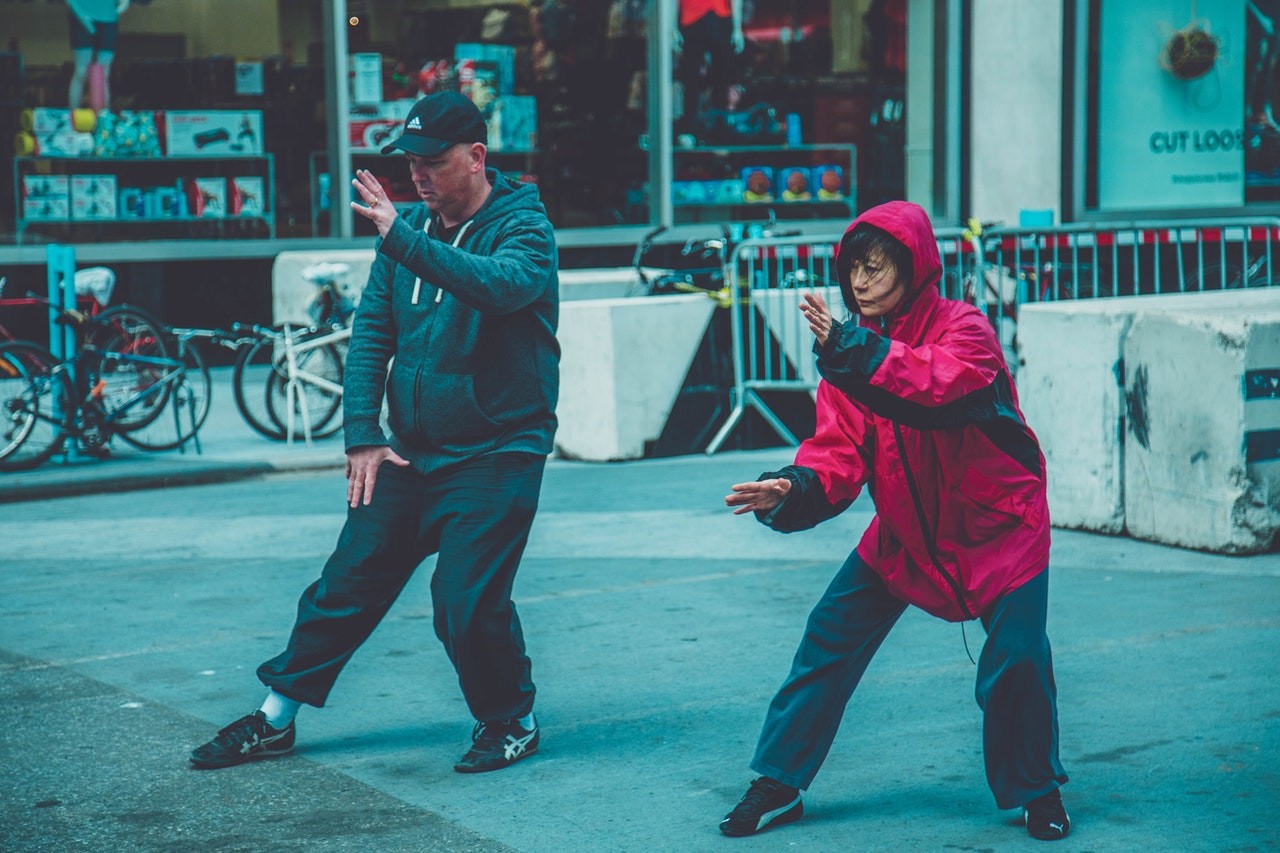 A Complete Guide on Martial Arts Philosophy for Self-defence
Knowledge
General Interest
Martial arts training for self-defence involve activities that improve strength, hand-body coordination, flexibility, speed and cardiovascular health. Martial art is a system of combat movem...
Read More
The Ideal Taekwon-Do Instructor
Training and Technique
Soldiers are as strong as the general who leads them, and, in a like manner, students can only excel under an excellent instructor. We cannot expect a bamboo to grow in a field of reeds, nor can we ex...
Read More
The Hike episode two
Martial Arts
http://www.youtube.com/watch?v=F5N7MHy1XFc
Read More